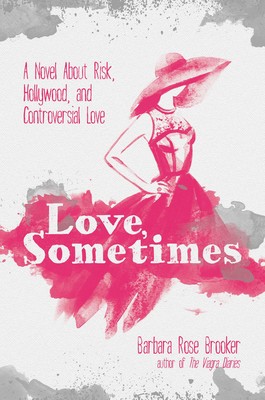 I have to admit that for the first half of Love, Sometimes, I didn’t know what to make of it. For a novel about “Risk, Hollywood, and Controversial Love,” there was not, first of all, any risk or controversial love happening. The bit about Hollywood was a sustained rant about the vacuous tendency of TV producers to dumb things down to the lowest possible denominator while pursuing the most ridiculous trends. The outrageous stereotypes of TV execs, script writers, assistants, agents, and entertainment lawyers–not to mention the depictions of New York agents, publishers, and their assistants on the opposite coast–clearly came from the author having an axe to grind. I sensed there wasn’t a single fictional element about any of this beyond the hyperbole.

But if the over-the-top depictions of these characters could set one’s teeth on edge, worse for readers who like to see healthy, admiring depictions of healthy, admirable women of any age (but especially, in a book for which the jacket copy and author bio set out to take down ageism single-handedly, women of a certain age), was the depiction of the author’s so-called friends. To a woman, they were rabidly objectifying younger men for their sexual pleasure and bragging rights. I guess if you feel older men have been getting away with this since the dawn of the patriarchy, that’s a real blow for equality. But it didn’t make for characters you exactly cheered for.

Even more prohibitive of my early enjoyment was the sense of unapologetic roman à clef. The narrator, Bette Roseman, is a Jewish woman, 68, living in San Francisco, single, divorced, with two grown daughters. She teaches writing workshops and writes columns and is an age activist organizing an Age March. (Frankly, I would have liked to see that scene.) She’s written and published 11 books, including The Viagara Diaries (the book that is the subject of discussion in the hugely caricatured Hollywood/New York publisher takedown) and The Rise and Fall of an American Jewish Princess–which, as we come to realize when the film of that novel is made, is based scene-for-scene, setting-for-setting from Bette’s own life–a matter of straight-up reporting on real-life events. Read Brooker’s résumé or any interview with her and you’ll see what I mean. If you want to eviscerate your enemies in not-even-thinly-veiled fiction, good for you, but it’s not a genre that offers much for the general reader.

True, there could be an enormously fun meta-feel to an author making herself the subject of her own work, if the tone weren’t so vengeful and self-validating and righteous. Bette is artistic! She is misunderstood! She is being age-discriminated against, people! She also, apparently, completely ignored her two daughters growing up, but fortunately they turned out to be wonderful human beings who love and emotionally and financially support, even admire her, so Bette never has to really pay for that mistake. She can hang around them and admire how pretty and talented they are–Lisa with her green eyes and fragile patients, Nanny with her waist-length black hair and writing talent obviously inherited from mom. The only creature in these early pages that Bette seems to care for with anything approaching real love is Fred–Nanny’s dog.

There was also this wildly dissociative element to the prose that stumped me. Half of the time “Bette” described things like she was cribbing her prose style from E.L. James: the continuous action present tense (“I’m sitting in this café . . .”), at times so faithful (despite that Bette slammed Fifty Shades early on) that I was waiting for something to be described as “all” anything. Honestly, my least favorite tense for narrative fiction. But then there were flashes of such beautiful language, near poetry, when Bette describes her dreams. I couldn’t reconcile the two. Bette complains to her therapist all the time that she disassociates–it’s her thing, her emotional wound, her shield–but translating that to prose is a risky move, I think.

What truly bugged me–and frankly, what kept me reading–was Bette’s complete and utter lack of self-awareness. She was an age activist against ageism and she behaved with the emotional maturity of a twelve-year-old. A completely self-absorbed, over-dramatic, self-pitying 12-year-old, which, to be fair, not all 12 year-olds are. Bette insisted she loved her girls but she couldn’t identify anything she liked about them other than their looks. She bemoaned her inability to stand up for herself. Seems like a parent who is able to so entirely ignore two dependent children throughout their adolescence to the point where she misses their college graduations because she’d rather write is not someone who has any trouble standing up for herself. Bette wants love (not marriage, but true love) and dates men who are clearly not going to get emotionally involved, much less committed. A brother she hasn’t seen in how many years, who she suspects of killing their mother, comes back into her life and Bette empties her bank account for his medical care, anxiously hovering at his bedside to assure him that she loves him. And while I am all for women wearing whatever makes them feel sexy, the fact that Bette is eternally fearful that she’s going to fall down in her four-inch heels tells me she’s trying too hard at something. She was, in short, a woman so clearly NOT at ease in her body, her memory, her life, that it made my teeth hurt.

Then, at the midpoint of the novel–just when I was wondering how I was going to write anything positive in a review–one of the characters in the book yelled at Bette exactly what I’d been yelling at her for 130 pages: Grow up! Act your age! You don’t get to complain about ageism until you’re actually behaving like an adult!

And that was the turning point. That, dear reader, was what I’d been hanging in there for: Bette woke up and turned it all around.

She said to the Hollywood execs, screw you. She said to the obnoxious agents, no thanks. She met an extraordinarily sensitive, artistic film maker, Oliver, who had been a ballet dancer and her former editor and now wanted to bring her Jewish Princess novel to the screen. Bette throws her all into this project. She falls in love. She tunes in to her artistic side. She stops being frightened of her own feelings. She does what she really wants: she creates art. And she grows into a woman we can enjoy walking beside on her journey.

More than that, she can wear those four-inch heels without fear of falling down.

To be clear, I don’t need my narrators to experience happy endings, or orgasmic sex, or successful creative projects, to feel satisfied by a book. It doesn’t need to be a rags-to-riches story arc to please me (though that’s my favorite, not gonna lie). But it’s also rare that characters surprise me as completely as Bette does. I can’t say she reaches depths of emotional maturity that I found inspiring–it’s not a spoiler to reveal that her revenge fantasies toward her first husband involve a gun–but what I did find inspiring in the book was Bette’s revelation that living an art-centered life is enough. Having the intention to meet and live into your authentic self, even if you keep screwing up at this, is a worthy goal in itself. Pure joy and beauty should and ought to be celebrated. Art, feeling, relationship ought to be cherished wherever it’s found.

And love doesn’t have to be the you-complete-me, bouquets of red roses, forever-and-ever variety. Love, sometimes, is enough all on its own, when you truly see and profoundly appreciate the grace and beauty and soul of another person. And value them not for what they are to you or how they make you feel, but who they simply are, their unadorned self.

A nice moral and a love story all in one, just in time for Valentine’s Day. Thanks, Barbara/Bette. 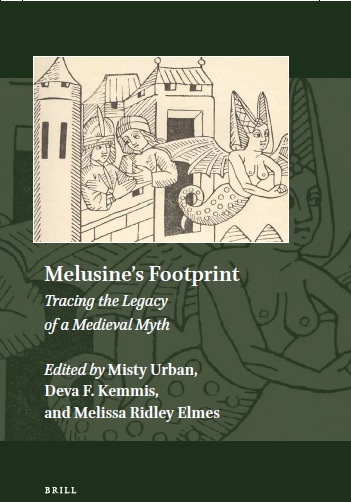