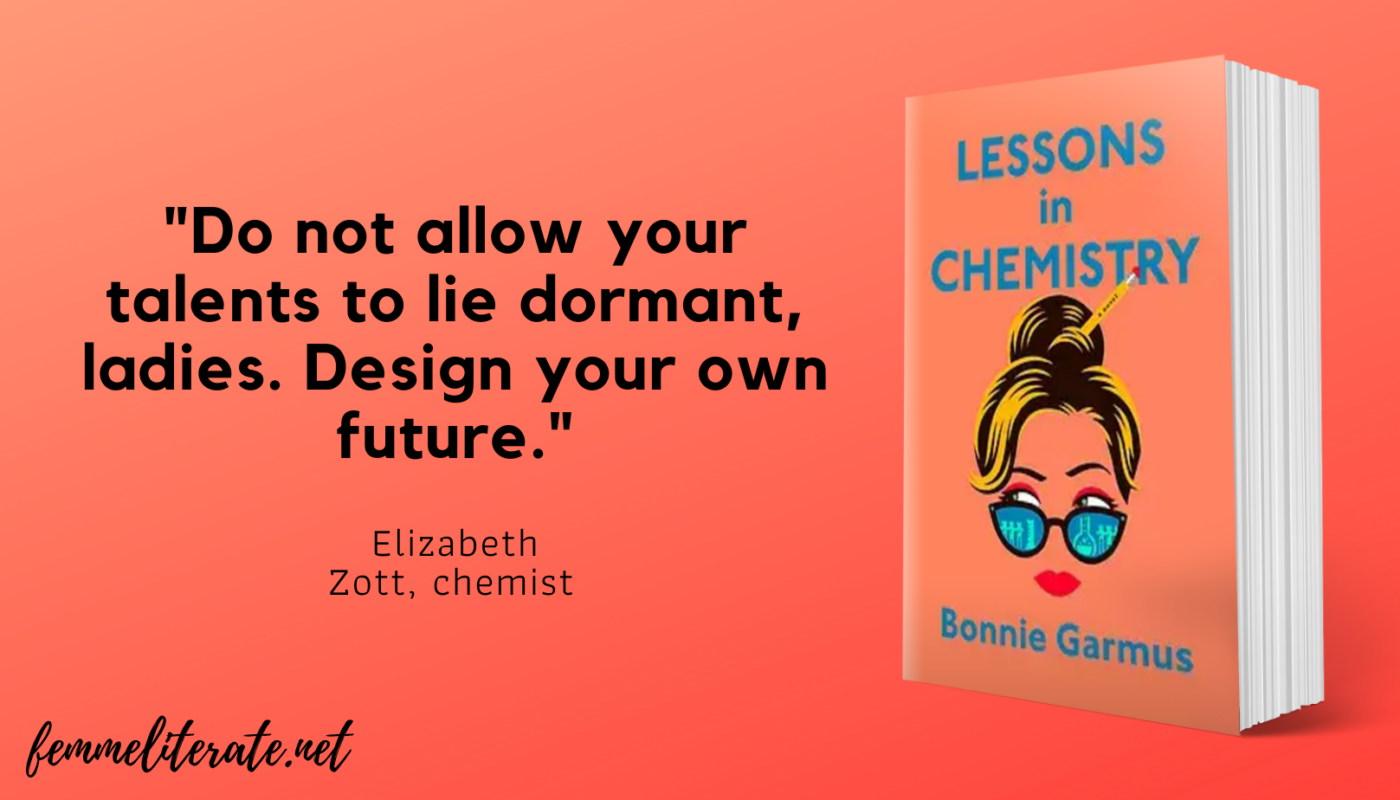 This book will make you laugh, cry, catch your breath, and it will inspire you to vow to smash the patriarchy, become your best self, and become a better cook, all at the same time. Garmus has created a heroine who insists on forging forward with her aspirations and continues to offer her gifts to the world despite the determined efforts by too many people around her to hold her down or hold her back.

In 1961 California, Elizabeth Zott is the star of a local television show called “Supper at Six,” where she teaches local housewives chemistry through cooking. Elizabeth never wanted to be a chef or a TV star; she wants to be a chemist and still is one in the comfort of her own home, where she tore out the kitchen to create a lab and has trained both her dog and her daughter, Madeleine, to be her assistants.

How did Elizabeth get here? Especially since she came from the less-than-promising background of a father whose evangelical performances landed him in jail, an abandoning mother, and a brother driven to suicide by homophobia. Her determination to become a chemist kindles a ruthless determination from certain men to who will fight to keep women subordinate and underutilized; when she questions her doctoral advisor on his results, the man rapes Elizabeth, then kicks her out of the program. She ends up at Hastings research laboratory, fighting for recognition and resources, and resorts to reappropriating beakers from star chemist Calvin Evans, the brilliant but eccentric “big name” who gets his own lab and all the equipment he wants. Elizabeth and Calvin collide and connect in a way few people ever do, and their partnership prevails not just in the lab but in the home and in a shared passion for rowing.

But Elizabeth refuses to subsume herself in marriage, just as she refuses to let Calvin fight her battles at Hastings, where a mysterious donor has left money to fund Elizabeth’s research interests–money the director, Donatti, unhesitatingly directs to his own projects. And when she loses Calvin and her job, Elizabeth is left unmoored with an illegitimate daughter to support. What does she do? She builds her own lab, continues her research, finds an ally in next door neighbor Harriet Sloane, and by the accident of making lunches for her daughter that a classmate consistently eats, finds herself employed by “Supper at Six” and its producer, Walter Pine.

Thus ensues another tiresome struggle to be taken seriously as the executive producer wants Elizabeth to be sexy and pour cocktails, and Elizabeth wants to wear her lab coat and talk chemistry. But in taking women seriously, and talking to them as if they are human beings with brains, ambitions, dreams, and talents, Elizabeth starts raising the consciousness of her audience well before the cultural revolution of the sixties of the women’s groups in the decade to follow. There will be fierce opposition from small, petty minds and much general ignorance and cruelty, but there will be saving moments of connection with Harriet, with Walter, and with Reverend Wakeley, once a confidante of Calvin’s who finds himself awkwardly implicated in Elizabeth’s life via the very precocious Madeleine. And by refusing to be stopped in her own dreams, no matter the concerted opposition that arises from the determinedly stupid and cruel, Elizabeth triggers a blast from the past that holds the ability to assuage some of her biggest wounds, though not all.

The writing is riveting in every respect; funny, incisive, insightful, delivering humiliating insights about human nature with levity. Grief is handled with grace; deep emotion is leavened with absurdity; Elizabeth’s crushing blows are handled with deft care, and the wry, funny, quietly subversive voice kept me hooked even when I didn’t think I could stand one more obstacle. Never have I read a book that handles frequent point-of-view head-popping with such deft ease, and never before have I stayed with a book that uses the point of view of a dog, but in this case, I found Six-Thirty to be one of the most endearing characters.

To say the supporting cast is “quirky” undercuts what Garmus has accomplished in making characters who have unlikable dimensions–some more unlikable than others–but are still readable, relatable, and deeply human. I admit being personally attracted to the chemistry explanations and relating personally to the sexism of being a female encroaching on male terrain. The scenes of and jokes about rowing were a special delight that anyone who rows or loves a rower will enjoy. It’s enraging that so much of the small-mindedness and sexism that Elizabeth counters are present in our own day–decades later women are still fighting to be taken seriously for their brains, ambitions, talents, and abilities, fighting to be able to state their own preferences and allowed their own path without judgments, without scorn, without being ‘put in their place.’

In whole, Lessons in Chemistry is wonderfully entertaining, gripping, heart-breaking, and joyous, and I actually cried at the end not just because the final reconciliation was so pitch-perfect satisfying but also because I wanted to start reading it again instantly and knew I would never again have the same experience of breathless wonder and surprised delight. The book gave me hope that women can triumph, that kindness can prevail, that we can create a better world for our kids, one where their potential can be realized and their dreams supported. Elizabeth never gives up, and that’s inspiring. Don’t you give up either, dear reader. 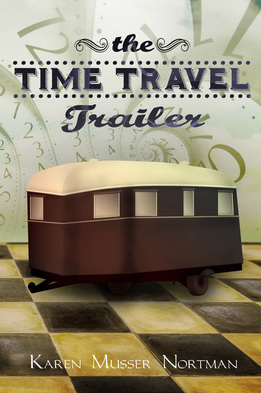 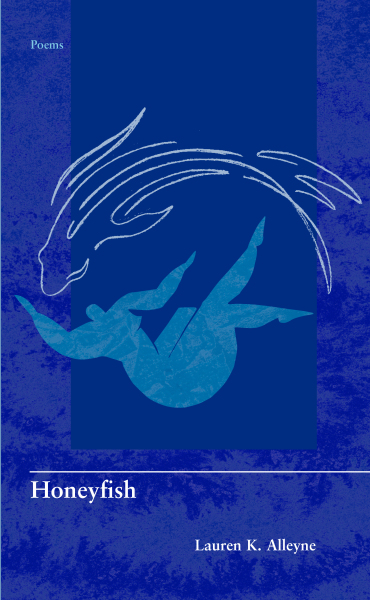