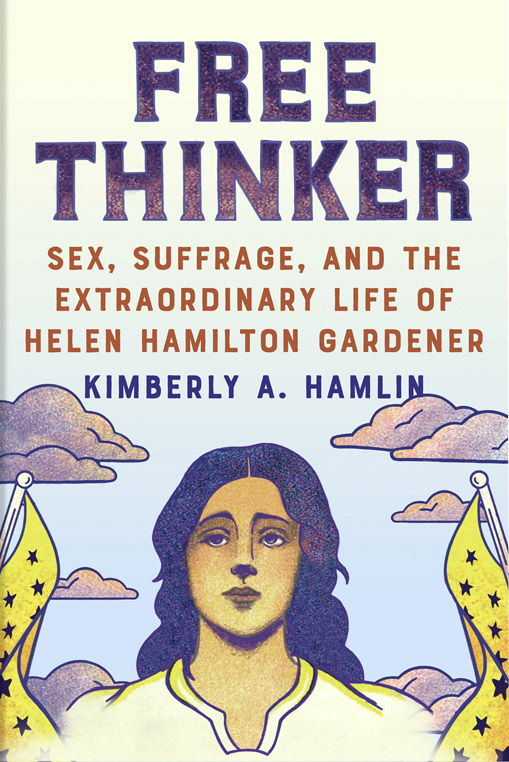 Free Thinker by Kimberly Hamlin brings to vibrant life the extraordinary biography of this woman, raising the question of how such a “quintessentially American story of self-making” (xi) could ever be forgotten. Born Mary Alice Chenoweth to a Virginia family that emancipated its slaves and moved to Greencastle, Indiana, Alice went after the Civil War to Cincinnati, Ohio, where she graduated from the Normal School with her teaching certification in 1873. After her first year of teaching in Sandusky, she was hired, at age 21, to be the principal of the district’s new teacher training school. Two years later, she resigned amid a scandal linking her name to Charles Smart, the suave, much-liked, and already married school commissioner who had spent an inordinate amount of time in the past years closely supervising the Sandusky district.

Did our Alice hang her head in shame? No, she did not. She moved to New York (with Smart), changed her name to Helen Hamilton Gardener, and hit the lecture circuit as a free-thinker challenging the embedded misogyny of the Christian Bible in a thought-provoking lecture entitled “Men, Women, and Gods.” And this turns out to be merely the beginning of her long and storied, very colorful career.

As Hamlin argues in the Washington Post, calling it Women’s History Month perpetuates the misnomer that “women”–like African American, Latinx, LGBTQIA+, and so on–are special interest groups and we do them a favor when we shine a spotlight on the marginalized spaces they’ve been allotted on the sidelines of history. As the suffragettes said over and over when calling for voting rights, women are half the population. How can you call yourself a democracy when you ignore and devalue a full half of the populace? History includes everybody. We’ll make better strides in how we award equal rights under the law to all segments of our populace when we allow them their full place in the historical narrative.

That said, one wonders how Helen Hamilton Gardener got sidelined from the master narrative. She’s very hard to overlook. She was, as Hamlin describes, a shining star on the free-thinking lecture circuit during the 1880s and 1890s. She wrote novels and short stories, most of them in support of her favorite causes of treating women as equal human creatures, at least in the arena of (a) allowing them consent over their bodies and who interacts with those bodies, sexually; (b) allowing them to divorce; and (c) insisting they ought to be protected from sexually transmitted diseases that cheating husbands and lovers brought home without their knowing. (There’s some speculation that this crusade of Gardener’s had to do with Smart’s habits and some domestic condition he may have shared with his co-habitant, but of course that’s impossible to prove). What’s more interesting is that people listened to Gardener. Of course, they couldn’t do so without commenting on how petite, attractive, dainty, and charming she was–and the emphasis on this is really maddening–but they listened, nevertheless.

Not only was Gardener bold enough to stand up in public and say, look, these stories in the Bible have served to justify a very unfair oppression of women for centuries, and how about we just stop all that nonsense right now, but she was bold enough to talk back to scientific minds of the day who brought out, not the Bible, but Science to tell her that women’s inferiority is rooted in their smaller stature, frailer bodies, and different brains. Helen at once promised to donate her brain to science upon her death so that it could be examined for these supposed differences. Furthermore, she got her good friend Elizabeth Cady Stanton to consent to the same. (Lamentably for the cause of science, Cady Stanton’s children did not decide to honor this request.) But Helen’s will was obeyed, and her brain is still on display at Cornell University. I wish I had seen it while I was there. I might have to make a pilgrimage back there, for that and other reasons.

Arguing the causes of women’s rights and equal treatment under the law (while allowing everyone to believe she and Smart were legally married–and one understands why she did, and what the consequences would have been if she hadn’t) brought Gardener quite naturally into the orbit of Cady Stanton, the National Women Suffrage Association (NWSA), and Carrie Chapman Catt, who became a close personal friend (Catt later donated a book Helen had inscribed to her to the Library of Congress). Anyone who’s read a bit about the passage of the 19th Amendment will have encountered Catt. But after reading about Gardener, I’m astonished that I’ve never encountered her name before.

Hamlin doesn’t account for why Helen dropped out of the historical record, and I wouldn’t have minded that speculation. Was it because someone realized she was a ‘fallen woman’? Was it because the Roaring 20s took everyone’s mind off everything else? Was it because she worked essentially as a volunteer, not as a paid executive, and hers was simply one name on the letterhead? It’s no use suggesting any one woman was singularly responsible for the massive triumph that was the passage and ratification of the 19th Amendment. But Gardner was a key part of that organization. She recognized early on that the effort to rally for state-by-state support was going to go nowhere (so, btw, did Alice Paul) and convinced Catt to establish an office of the NWSA in D.C. She had a wily approach to overcoming what was called the Southern Wall of Opposition: use her social contacts, and her charm, to influence legislators personally. (Also distance herself from the cause of suffrage for African American women, as did most of the NWSA at this time, which is why the 19th Amendment only really gained the vote for white women and women of color had to wait for longer lengths of time, as Hamlin acknowledges.)

Helen used said charm on President Wilson, coaching him to use his influence in support of suffrage, and pleading with him to vocalize support for a federal amendment, and giving him talking points when he finally saw the political usefulness of such. Helen was a reason that the House established a committee to consider advancing the Amendment on women’s suffrage. She was in the room when the House passed the Amendment for the first time, in 1918, and was in the Senate chamber when that body failed to support the amendment twice. She was in the House again when the next seating of a new Congress (with several anti-suffrage legislators defeated; this was one point on which the NWSA and Paul’s National Women’s Party could unite) passed the amendment in their chamber and sent it to a Senate which finally voted in support. (Even for someone who knows the outcomes of these votes, Hamlin writes this section with edge-of-your-seat interest.) When the Amendment went to Wilson for his signature, Helen was there at his elbow with the gold pen she’s bought specifically for the occasion.

Anyone who’s read Elaine Weiss’s absolutely nail-biting and first-rate account of the final push for ratification in Tennessee, The Woman’s Hour, would have read how the Suffs, knowing the anti-Suffs would set out to reverse the decision any way they could, rushed the document signed by Tennessee’s reluctant governor to the U.S. Secretary of State before the ink was barely dry. Weiss says simply that the Secretary signed it in privacy so as not to get caught in the midst of feuding signing parties set up by the NWSA and NWP. What Hamlin adds is that Gardener was sitting up with Secretary Colby until 4 o’clock in the morning waiting for that document to arrive and to make sure it came safely into the Secretary’s hands. She had the last leg of the relay–the hand-off that would ensure the ratified Amendment was enshrined in the U.S. Constitution–and she did not fail.

And when Catt, quite deservedly, made her triumphal progression back to New York, Gardener was gearing up to start her job as a Civil Service Commissioner: the first woman appointed to the position, the highest rank that a woman had thus far held in the federal government, and the inauguration of a new era in which (white) women could finally vote, and serve, in the public interest. She was, at the time of her appointment, 67. Her appointment made headlines all over the country. It was said that, because of her short stature, she nearly vanished behind her large official desk. (Always some note must be made about the woman’s physical appearance and male evaluation thereof.)

Hamlin’s history is engagingly written and soundly researched. If the beginning feels like there’s a lot more about the people and settings surrounding Gardener (then Chenoweth) than the woman herself, that’s likely due to Hamlin making the best of a scant historical record. (Gardener ordered that all her personal papers be burned at her death, and her devoted niece, Helen Hamilton Crane, fulfilled this request. Alas!) The part about Helen’s lecturing and her literary productions seemed, to me, less confidently assembled; there were more seams visible in these multi-segmented parts, though the central arguments held up well. I wish we could have spent more time with Gardener on her trip around the world; I found that absolutely fascinating. But once she gets into Gardener’s role with suffrage and the NWSA, the documentation is readily available, and Hamlin hits her stride. The prose is clean, precise, and even-handed, but a real joy to read. While I found myself putting the book down often during the first third or so, by the midway point, I was burning the lamp well past midnight. I love when a biography makes me do that.

I will close this review with a hearty recommendation that you read Hamlin’s book, and a hearty wish that we hear more from Hamlin, and other female historians, on other women who deserve to take their place in the historical record. I will also note that I did not include links to history.com or biography.com on any of the very interesting women mentioned above because the articles that I looked at were (a) all written by white men and (b) some of them featured paid ads for, of all things, buxomy women in swimsuits. Now, holding nothing personal against white men (I’m friends with white men! I work with white men! I’m married to one!) and also nothing against buxomy swimsuit models–I wish them all well–I do feel that websites of public interest devoted to promoting the history of women could be (a) written by women and (b) not supported by advertising that perpetuates very conventional, stereotyped, and impossible images of how women are supposed to do/behave/look/be. With all due love, respect, support and props for the male feminists and allies out there, at the very least can we ask women or the woman-identified to write articles by and about women’s history? And I am waiting for a terrific full-length biography on any of the African American women key to the suffrage movement, like, oh, anyone described in Rosalyn Terborg-Penn’s book, African American Women in the Struggle for the Vote, 1850-1920 (Indiana University Press, 1998). Let’s keep nudging that narrative open and making room for more voices. More stories. More lives, valued equally. 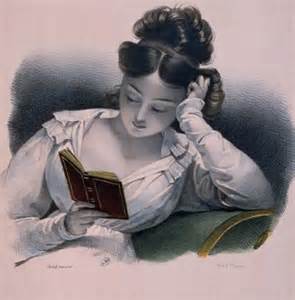 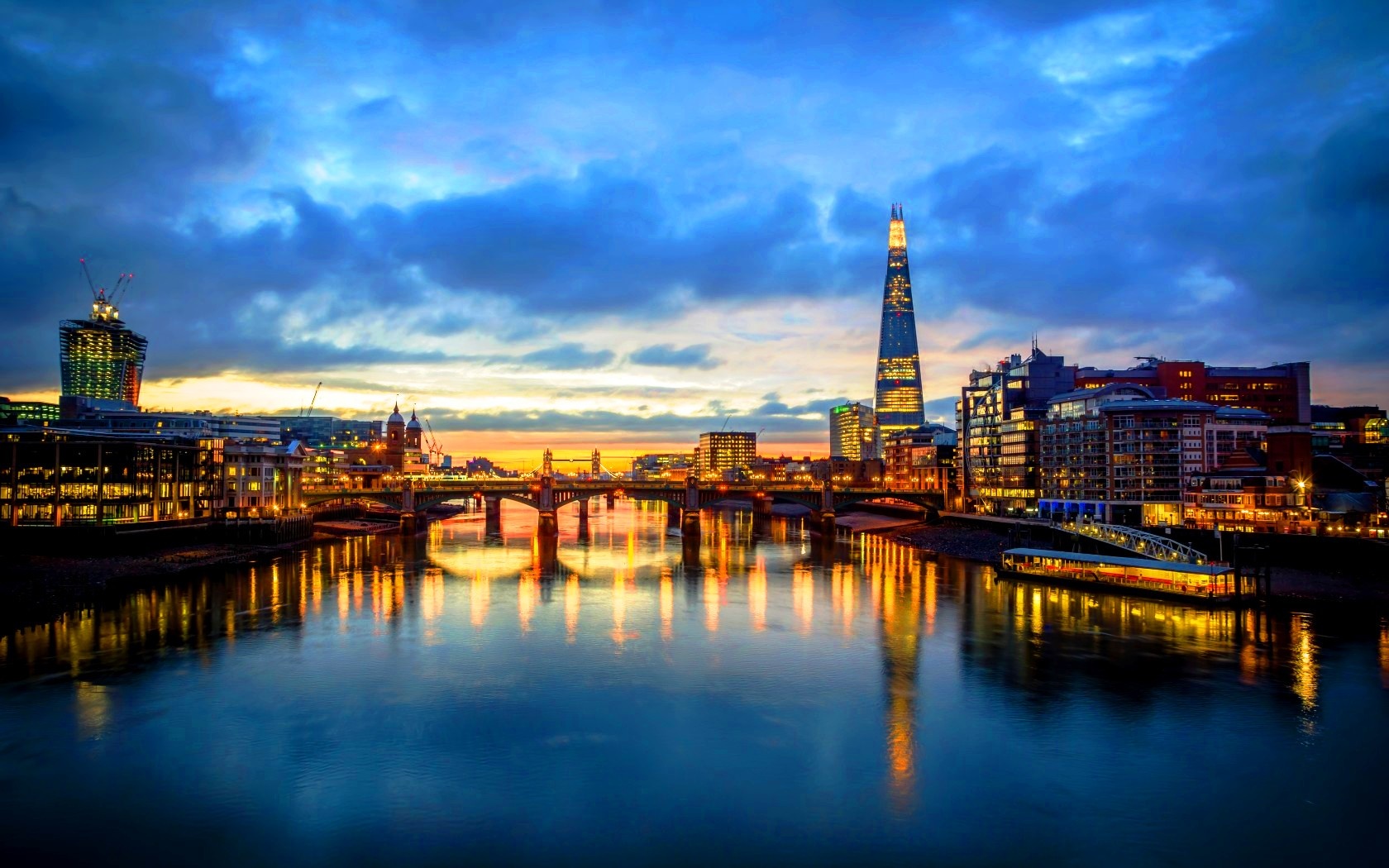