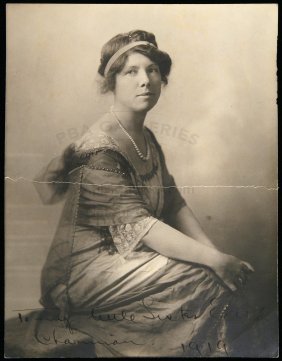 Femmeliterate recently featured a review of The Secret Life of Mrs. London by Rebecca Rosenberg, a novel about Charmian London, best known as the wife of novelist Jack. Below, Rosenberg talks about the making of the book and its vivid, unforgettable central figures.

FL: What led you to want to write a book about Charmian Kittredge London?

RR: Hiking in Jack London Park in Sonoma Valley over 3 decades, seeing Charmian’s garden, the lake where she swam, the stone Shire horse barn where she kept her prized horse, Belle, which she rode every day, and most importantly, exploring the home she built for herself after Jack London died. According to the Jack London Park website, she built her new residence between 1919-1926 and named it The House of Happy Walls to display artifacts related to Jack and their life together.

FL: Your other books (so far) have been nonfiction, correct?

RR: Yes, I wrote LAVENDER FIELDS OF AMERICA, about the 300 lavender farms here, and all the wonderful medicinal uses for lavender.

FL: What made you decide to turn Charmian’s story into fiction?

RR: There have been many biographies about the Londons; my favorite is American Dreamers by Clarice Stasz. But the most poignant biography for me was Charmian’s about Jack London, a massive two-volume tome, where her personality and feelings pour over the pages like thick, sticky molasses. Her subtext and point-of-view has not been heard anywhere like it exists in those pages and in her diaries at the Huntington Library. I wanted people to remember Charmian London for the complicated, multi-faceted woman she was. Her voice is what you hear in my novel, her inner voice that sees Jack London as a raw, elemental force from which she hones a magnificent sculpture.

Through Charmian’s biography, Jack London, I glimpsed an intimate portrait of the Londons. I see Jack as singularly focused on his own needs, despite the fact he proclaims great love for Charmian. He was very self-centered and loved her for her support of him. Charmian saw it as her job to keep Jack London stable in order to produce his best work. One example is on page 124 of the biography, quoting Jack:

You can’t guess what it means to me, to have you by my side everywhere, in everything I do and see. I am not lonely anymore. Wherever I go… I want you with me—I want you to know the world as I know it, the good and bad of it.

Later in life, Jack was very sick with kidney disease, and he became a browbeating intellectual, which she describes:

… due to physical and nervous breakdown, he became more and more intolerant…

“It’s a pretty picayune world, Mate—what am I to think? Are they all alike? Every person I’ve done anything for… has thrown me down…”

“Some of us are still standing by,” I remind him soothingly.

RR: Charmian holds Jack up, no matter the battle with the world, yet it exhausts her. In the mornings, Charmian would type Jack’s books as he told them. In the afternoons she acted as hostess of the constant stream of ranch guests. In the evenings, she would edit the morning’s work, adding description and fluidity. Burning the candle at both ends. Later in the biography, she says:

Two camera men had been photographing Jack both for “movies” and “stills”, I had suddenly noticed something in Jacks face that struck fear into me. It might be described as a deadness—

FL: What was the best part about doing the research for a historical novel?

RR: Having Jack London Park five minutes away was tremendous help! Not only could I absorb artifacts and settings up close, but I could write in front of the Wolf House ruins, or at the Pig Palace, or in front of the cottage pond.

FL: What were some of the surprises?

RR: So many surprises! To share them would definitely spoil the story. But let me share some hints: Why didn’t the Houdinis have children? Who burned down the London’s Wolf House? Why did Charmian have an affair with Houdini? What attracted her to him? Did Bess ever know about the affair?

FL: Biographies of Charmian London portray her as very daring, an avant garde New Woman. Clarice Stasz in particular describes her as an adventurer: a fearless, independent woman who sailed and rode, bred animals, loved a good party, stole Jack London from his first wife and enjoyed plenty of lovers after his death, and was artistically gifted (a writer, photographer, and musician) as well as, from the sounds of it, a lot of fun to be around. Charmian in your story is far more reserved, inward, less social, and not at all a fan of free love. What made you decide to go in this direction with the character?

RR: Charmian is adventurous, daring, free-loving—yes, she was all those things. But she had a very introspective side as well, one who thought about how to keep Jack London writing. The woman who supported his work, and persevered with her own. She had strong feelings for him but did not let it destroy her when he died. As the Jack London State Park website puts it:

After Jack’s death in 1916, Charmian committed herself to saving Beauty Ranch and promoting Jack’s legacy.  She sold his writings and worked with the movie industry to convert Jack’s books into films.  She travelled frequently to Europe to work with agents, publishers and translators. She became a well-known personality in her own right and never remarried.

RR: Charmian wrote three books: Our Hawaii, The Log of the Snark, and The Book of Jack London.  She also wrote a daily diary from 1900 to 1947.

FL: Historical fiction writers usually have to choose between being faithful to fact or tweaking things a bit to suit their story. Any changes you made or blanks you filled in with Mrs. London?

RR: I condensed the timeline from 5 years to 3 years to make the pace more exciting. I brought Houdini to Hawaii, when he (probably) wasn’t there. But Houdini was a man of mystery and could show up anywhere! While Houdini was a pilot, he (most likely) did not fly Charmian from NYC to Washington, D.C. But who knows how they spent their time together! It is not recorded anywhere. Charmian only recorded their feelings and things they said. Did Bess confront Charmian about the affair? Not clear, but one anecdote is that Bess invited all the women Houdini had affairs with to dinner! Bess was said to find letters after his death from a widow friend of hers. So, I connected some dots.

FL: Bess Houdini is a vivid character, but the Great Houdini himself was a scene-stealer for this reader. What were the challenges of writing about this well-known figure? Why did you decide to include him?

RR: I portray Houdini as a mysterious man, because he was in real life. People thought he was supernatural, that he actually walked through walls. Sarah Bernhardt asked him to restore her amputated leg! He did not have many friends, he was not open with his associates. Bess would often not know where he was.

I asked myself: What would a love affair with Houdini be like?

Only one woman could beguile two legends, Jack London, and Houdini. That is the story, right there. What was it about Charmian that so enamored these iconic geniuses? I think it was Charmian’s intelligence, passion, and love of life.

FL: Lots of femmeliterate readers are authors as well. Tell us a little bit about this book’s path to publication.

RR: This novel found an agent and publisher quickly, compared to my first novel. I think the subject is fascinating. Historical fiction fans want to know more about these famous couples and how their paths crossed. So I need to take that lesson and apply it to my first novel about the first Silver Queen, Baby Doe Tabor.

My next project is CHAMPAGNE WIDOWS, about the 5 French widows between 1800-1950 who made champagne the worldwide phenomenon it is today. Research on this novel has been so tough I need to keep going back to the Champagne region—next trip in April!

Readers, if you like The Secret Life of Mrs. London, leave a review on Goodreads and Amazon! It means the world to me. 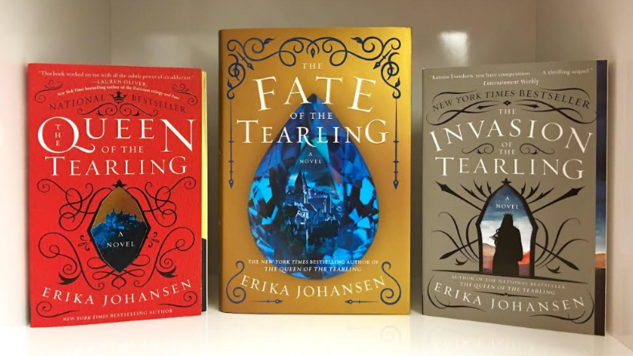 One thought on “Secret Lives: An Interview with Rebecca Rosenberg”